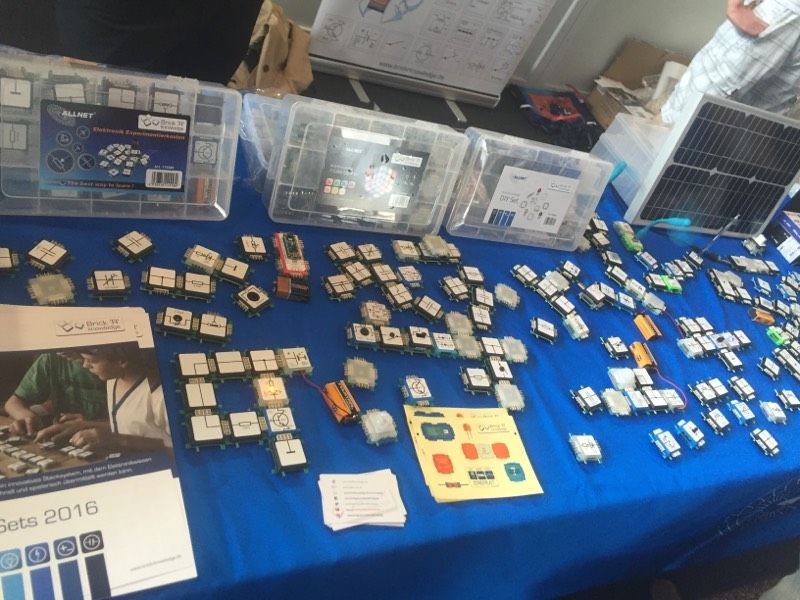 The top 3 visitors at MF Bodensee

Last weekend we were at a Maker Faire again, this time in Friedrichshafen close to Lake Constance. The Maker Faire took place concurrently to the HAM Radio trade show, as it had already been like last year. There were radio amateurs from all over the world and their favorite brick sets were, of course, the GHz and the MHz DIY. 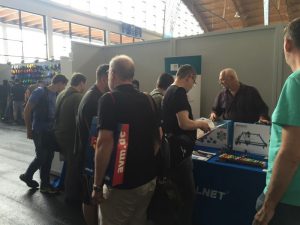 The trade show started out quite well: while we were building up the booth and the show had not yet begun, a guy from Ireland asked me was it possible to buy two brick sets.

Our partner Arduino.org again joined us for the Maker Faire and introduced the new boards Arduino Otto and Arduino Primo. 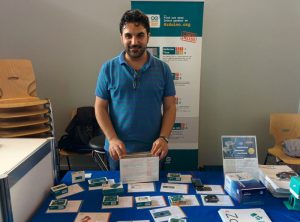 In addition to the bricks, we also displayed different products from our partner Makeblock out of which children especially liked the Music Robot with Xylophone. And we introduced the PCB grip to the crowd, a soldering aid for professionals. 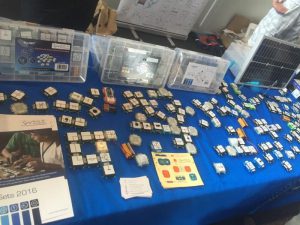 Ranking of our favorite customers:

3rd place: An elderly woman who bought a Basic set as she “usually” watches her husband building with electronic bricks as she does “not understand any of this kind”…The Basic set will introduce her smoothly to the world of electrical resistors, transistors and capacitors.

2nd place: A vocational school teacher who came to our booth spontaneously asking for „One Arduino coding set, please“. When I carefully asked whether he already knew our brick system, he said: “No, but that’s not a problem. I think it’s cool and I rather buy the set for my school kids now than having to go through all the bureaucracy for getting any school funds.” There was nothing to be added.

Ist place: A little boy, around seven who had a LED strip with his name on his pullover, approached our booth. I tell him that one of the bricks is an “electrical resistor” and before I could explain anything else to him, he interrupted me, stating: “I know, I know. Don’t you have any cooler components?” I looked at him, a little baffled, handing him the p-MOS. “I already know this one”.
I shortly considered what to give him next and handed him the voltage regulator brick. At least, he looked a little more interested than before – but then he turned to the LED bricks and, taking one in his hand, declared: “I would like to buy a RGB LED brick. How much does it cost?”. 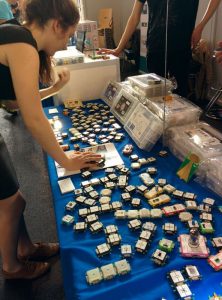 We introduced the Brick’R’knowledge Solar set at Maker Faire Friedrichshafen for the first time.

You find all information on the new set here: