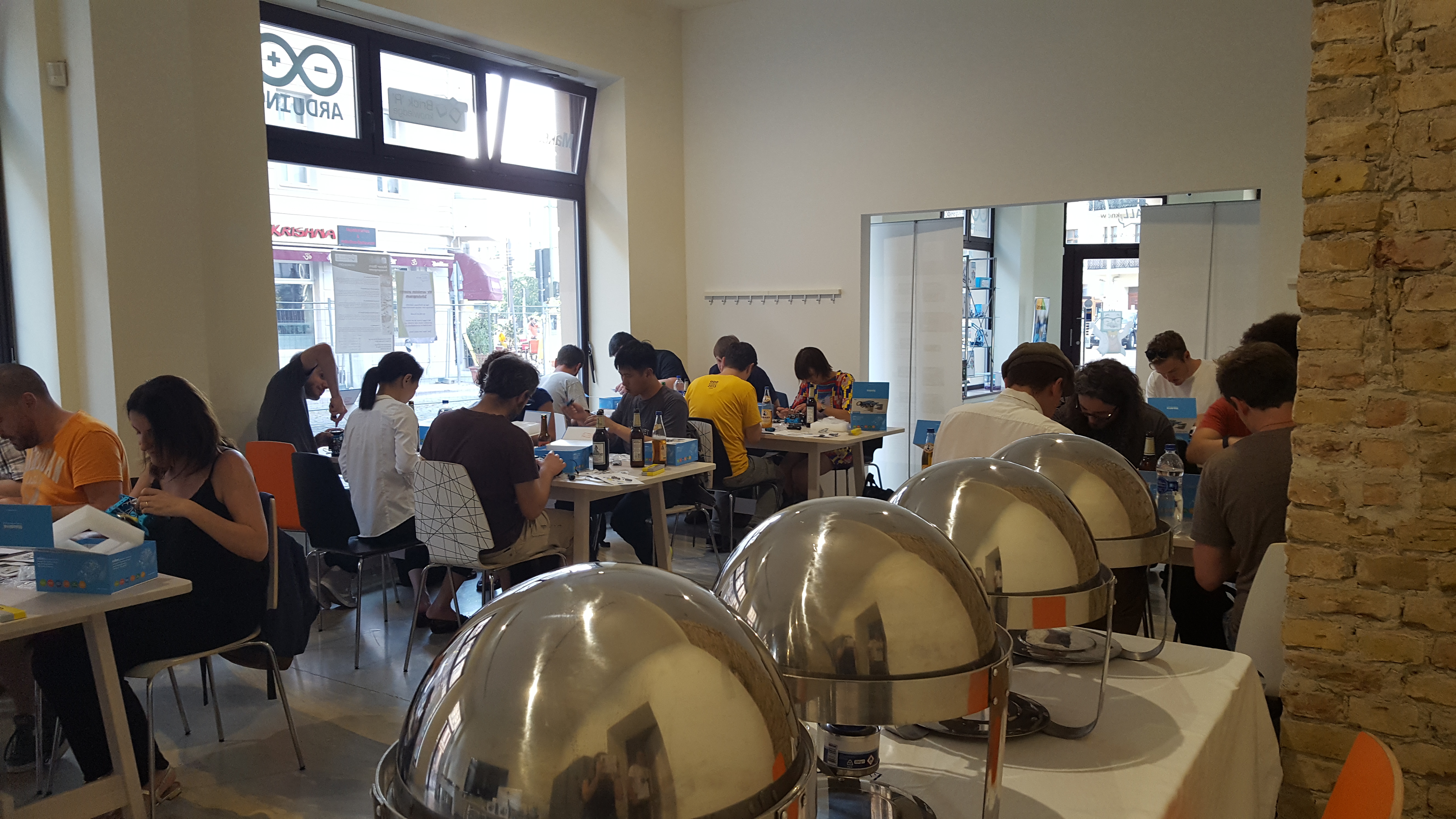 A group of 25 people visited us in our Maker Store in Berlin last week to participate in one of our workshops. It started in the evening at 7 p.m. and right from the start, everybody was eager to build and program his or her own little robot. Therefore, building the robot wasn’t a problem at all for the participants and it did not take them more than an hour to finalize this first task. 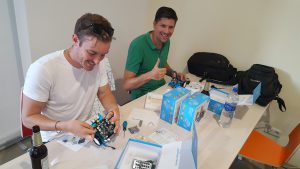 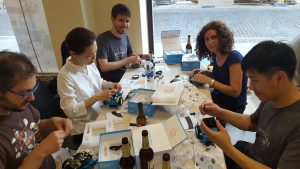 Then we opened the buffet for a short refreshment – with a special emphasis on “short” as the participants did not want to wait any longer but finally start with programming the robots. After an introduction into the world of programming robots, we gave them their first programming task: they were supposed to code their robots with “mBlock”, a programming language that is similar to Scratch and to teach the robot to follow a line. 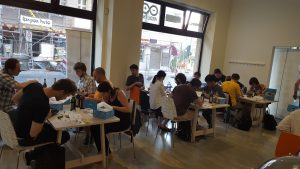 Our visitors were pretty smart and able to fulfill even this more advanced task rather easily. Although some participants did need some more time others (already advanced ones) supported them if they needed help – and that’s what a team event is all about, right!? 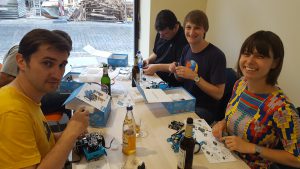 At the end of the evening everybody was happy – us, as we had fun with such nice and sympathetic participants and the group because each one of them managed to build and program their own robot. Some of them already made friends with their robot and hence, saying goodbye was not as easy – which is why, on the next day, the group’s two organizers came back to our store to buy five robots for the team. 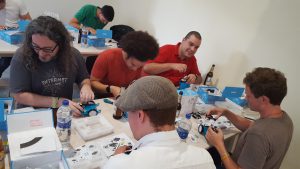 If you feel like doing a team event that is different from the usual ones – contact us!