What happened in 2015? The year started with a series of new experiments on Facebook. From this moment on we asked you to send us your own circuits made of bricks. We announced our first Frequency Measurement Brick in February and proudly presented it on the following trade shows. Furthermore, our “Let’s build” series started on YouTube – where you can find several of these brick 8bit RGB pictures:
https://www.youtube.com/watch?v=QgoUMBhdM5A&list=PLfVXf9228k_mVGkfeUdtMq681_Ja4i8-Q

And there was a further announcement to be made: our Bluetooth brick. We are still developing the app and will be able to introduce it this year. In order to differentiate between the components we introduced colored brick cases in March. Shortly after that, our Arduino brick was finally ready for the public. This means, Brick’R’knowledge does not only teach you about electronic knowhow but also about coding. Our first big trade show was CeBIT 2015: we met business customers there and even our bricks were in suits. We launched the Arduino Adapter’s little brother in May: the Arduino Nano brick which you could buy in our new online shop. 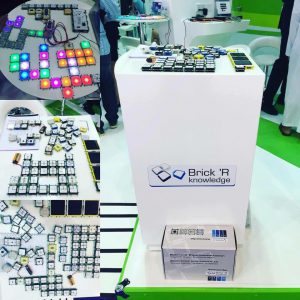 Our bricks got to know the big world of metrology at the “Sensor+Test” in Nuremberg and Brick’R’knowledge became partners with ALLDAQ.

Out in the sun: from May onwards, our bricks could not only be used with a power adaptor or a battery but also with solar electricity via our new solar brick. The time for trade shows started again in June with “Maker Faire Hannover”, “Hackathon” and “Gamescom”. 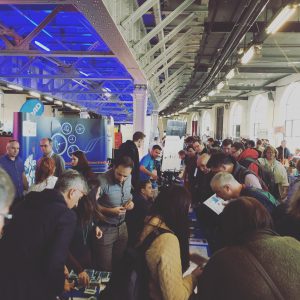 We introduced a new set in August: the DIY set with which you are able to build your own bricks. In September, we showed our bricks to New York at one of the biggest maker faires in the world. In October, we introduced our bricks at “Gitex” in Dubai and at “CFCAMP” in Munich. The new 7 Color Light Set was introduced in the same month and we decorated our office with Christmas RGB pictures. At the beginning of December we were finally ready: together with Arduino, we opened our first brick store in Berlin and the well-known magazine Golem wrote an article about us – for Brick’R’knowledge this was a breakthrough in such a famous magazine. We also introduced our first book about our bricks at the end of the year. Our conclusion for 2015: the question should be: “What, exactly, didn’t happen in 2015?”. 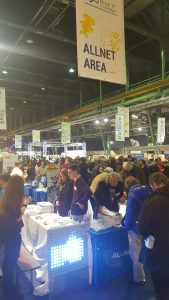 2016 will be exciting, too! Save the following dates:

Maker Faire Hanover: 28th and 29th of May, Hanover

And many more to be announced. Stay tuned!