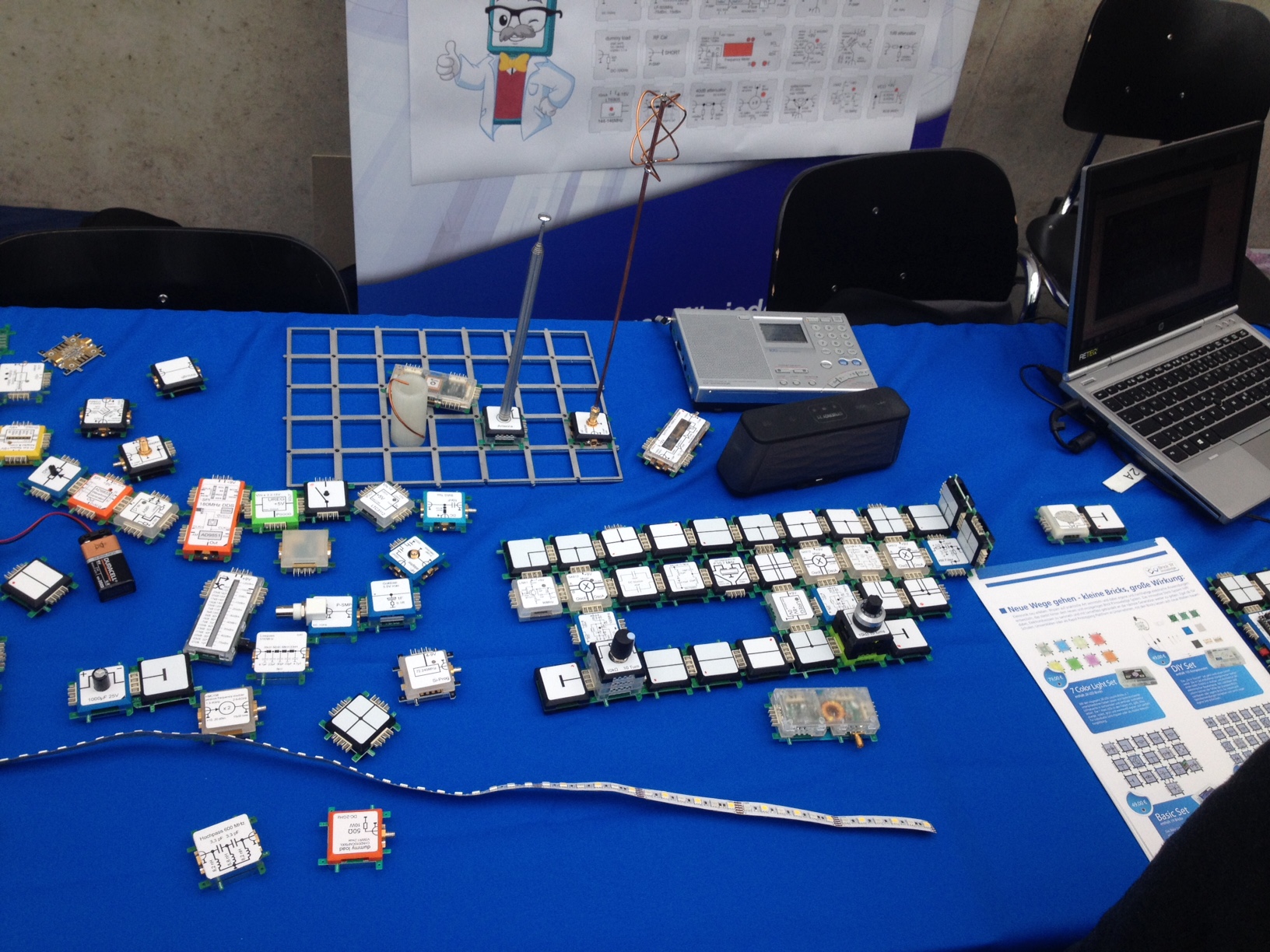 The Brick’R’knowledge team was at the Ham radio conference in Munich last month. This time, we did not only have a booth showing our bricks to the public but Rolf-Dieter Klein, our bricks’ inventor, had two presentations at FH Munich:

The awesome result for Rolf-Dieter’s submission: He won in the group 2m (144MHz) with 35dBm!

Due to the conference’s focus, the visitors at our booth were very interested in electrical engineering and already had many years of experience with it. 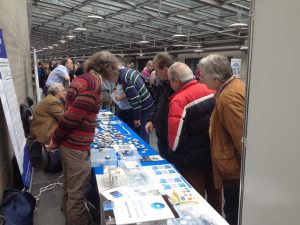 Do-it-yourself constructions are almost a duty among radio amateurs. This is why they praised our bricks that can be connected in one system, including simple circuits, coding and radio frequency circuits. 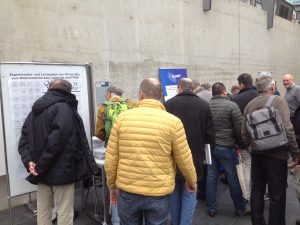 The visitors especially liked the option to create one’s own bricks with our DIY kits for HF circuits up to 10 GHz.

Are you also interested in our bricks? You can check them out on Saturday, 23rd of April at Funk.Tag in Kassel, Germany. We will be there and Rolf-Dieter will give a presentation again. Topic: “Brick’R’knowledge for training in Ham radio and quick HF experiments”. Time: 12:30 pm.

See you in Kassel!