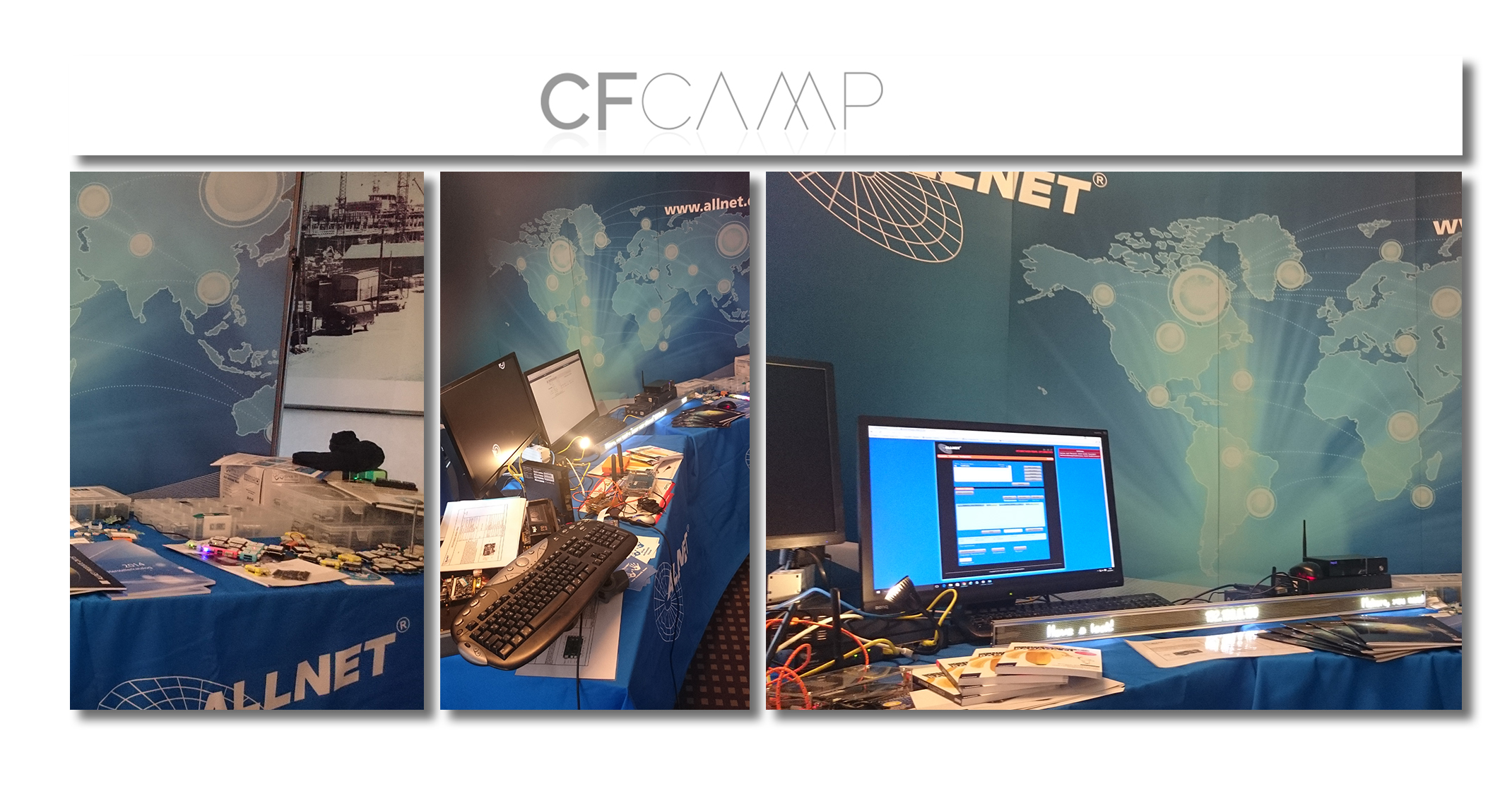 Traditionally at the CFCamp 2015, Cold Fusion is the major topic. But meanwhile we have different worlds joining, the world of the things and the world of internet.
That was the topic of this lecture: How to join the two worlds to form the internet of things.
Therefore it’s necessary to connect hardware to software. Brick´R´knowledge is very well suited exactly for this purpose. With the analog and digital building blocks
things can be formed and tested. The connection to the internet is done by use of the processor units.
In the simplest case, a bluetooth brick with it’s own intelligence can be used, but also an Arduino Brick or more complex CPUs like the Banana PI are available.
In a traditional way, the « things » would be build using an experimental setting for example with breadboards. But quickly the complexity will lead to a hopeless design with
hundreds of wires. With our brick systems it´s much better, even complex systems are easy to document by just making a photo.
Later on, such circuits can be integrated into a compact end product design after doing all tests. On one side you can use the brick system to
gain knowledge about Internet Of Things but also just for development of new technologies.